“You probably have quite a collection (of men) yourself, if you just count them” Helen Gurley Brown, Sex and the Single Girl.

Technically, I’m not married, so I guess I fit into HGB’s definition of a single girl, which means I’d better make my list of men I could, in theory, marry (just in case).  She divides them up into several categories, and I’ll address one each day for the weekend.

The Eligibles: (Men I could marry, maybe)

Ian:  My boyfriend of 8 years.  The first thing I noticed about him when my friend Anthony introduced us was that he looked like Ewan McGregor.  Ian is funny, tender and generous.  He likes adventures, works hard and celebrates all the wonderful beauty of life.  He also loves me, which isn’t always easy to do, spoils me (he built me a fully-functioning Tom Servo puppet!) and is an amazing artist who designs our award-winning Halloween costumes every year. 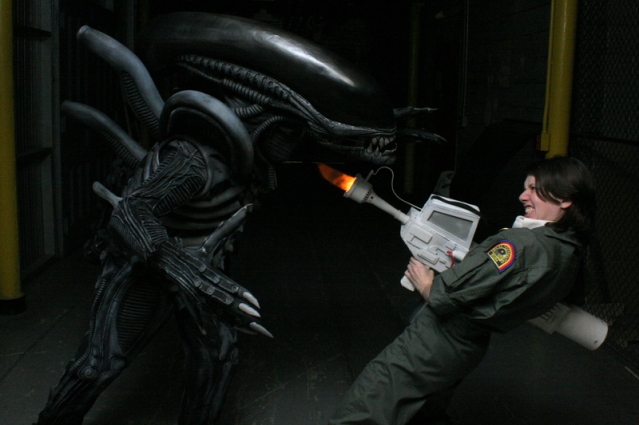 Mike:  Mike and I have been friends since senior year of college, almost a decade now.  Mike has good hair, a well-curved New Jersey mouth and really great eyes.   He’s funny, a straight-shooter and knows me probably better than anyone, even the parts of me that I can’t stand.  Mike is the ultimate example of “knows everything about me and loves me in spite of it.”  Also, he puts up with me talking about Walton Goggins.

Sterling:  Sterling is one if Ian’s closest friends, smart, well-spoken, nice looking.  We keep each other company and can talk for hours. The only downside is that he lives in Austin, and Austin is filled with dudes in cut-off jean shorts.

Geza: I dated Geza in high school and we’ve remained friends ever since.  He has silver eyes and jet black hair and has agreed to marry me if no one else will.

Chris: Chris was my stage manager on The Odd Couple.  He’s adorable, plays guitar and bought me Ryan Adams Heartbreaker on vinyl because he saw it in Nashville and knew I “had to have it.”  He could be, quite possibly, the sweetest person on earth.

Pete: Pete can reduce me to tears of laughter.  I knew Pete briefly in college and remembered him as being somewhere around 8′ tall.  He graduated well before I did, but we got better acquainted after my friend Eeon’s wedding.  An epic storyteller, Pete can tell the same story ten times and every time, it will have some new element to make it even more hysterical.  Pete has also signed to direct James Cameron’s Titanic 2: Dolphin Quest.